We humans have a tendency of seldom being satisfied with the status quo.  Bigger, lighter, brighter, faster, easier.   It matters not the reason for changing something or trying to improve it, we just go ahead and do it.  The old adage, “If it ain’t broke, don’t fix it” these days seldom applies when it comes to satisfying that need for ‘better’.  To that end, it would seem that we have even improved on that old adage with the philosophy, “If it ain’t broke, fix it anyway.”  It’s human nature.  Take trout flies for example.  The old “stand bye’s” like the Pheasant Tail,  Adams or the  venerable Elk Hair Caddis didn’t need any help but we gave it to them anyway.  Certainly it could be argued that the addition of Crystal Flash or beads on any of those old work horses has improved the fly but these modifications raise the question, “Why improve it?”

The addition of flash to a wing case on many flies will create the appearance of bubbles on or around the thorax and can provide more animation to the fly.  Just an eye catcher for the trout and as it requires no more labour while dressing the fly, why not add it?  Do we give fish more credit now than we did say 50 years ago or have they (the fish) evolved to the point that some of those old originals under perform on their own?   Think about that for a minute.  Have trout become smarter?  We’ve all heard at some point someone on the river declaring that the trout are “educated”… but are they? 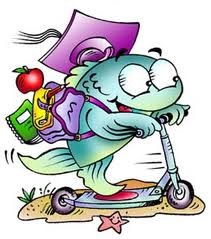 Are trout getting smarter?

There is evidence to suggest that white-tailed deer now regularly look up while making their way through the forest where 75 years ago they would not because white-tailed deer did not have a danger or natural predator from above so it was unnecessary for them to bother with it.  Hunters incorporating the use of tree stands into their game plan eventually producing the need for deer to look up.  Did this awareness get passed on from one generation to the next or do they pick it up as a result of their acute awareness when for two or three months a year, hunters are attempting to dupe them from above?

The suggestion that modern white-tails have adapted to new dangers is compelling enough to raise the same question about the trout that we angle.  Prey image modification in deer is vastly different than that of trout with a much smaller brain and with the majority of that brain being devoted to its vision and smell, the two senses most exploited by anglers.  Deer on the other hand have to see, hear, smell and touch to get along so the idea of prey image adaptation is far more easily accepted with them than with trout.

So do trout become more aware of our flies and ignore them as the season progresses precipitating the need for adaptation in our patterns and presentation?  The thought that trout have the cognitive awareness to look at a pheasant tail and say, “Wait a minute… I ate one like you in April and as I recall it didn’t turn out so good for me” or conversely, look at a pheasant tail with a flash back and say, “You’re not like that one that I ate in April”, is a bit difficult to accept.  So presuming that they don’t become more aware of our fly patterns as the season progresses, why than do we find trout more difficult to fool later in the season.

Most of us fish public water and as such, these rivers receive more pressure than the isolated streams more difficult to find or access.   Does it not make more sense that the trout may become more sensitive to something far more ominous than your size 18 pheasant tail and that that is the reason we find it more difficult to take fish in July than we did in May?  Consider what happens as the season progresses.  Typically the water levels drop and clear and with the ever improving weather, the school year finished and vacations starting, increased human presence be it anglers or recreational boaters is inevitable.  Does it not make sense that all of these things can add to the daily stress of a trout?  Does it not make further sense that after having his home walked on, canoed over and generally disrupted for two months that the trout begin to display a hyper vigilance and react to the slightest disruption in their day. (Sloppy wading or the staccato flick of too many false casts directly over their heads.)

Whether or not trout get “smarter” will be debated for a long time but the next time you make your way to your favorite trout stream, regardless of the time of year think about this; the best trout fisherman in world are also the stealthiest.  Trout are wonderful and enrich our lives but if you give them too much credit in the “smarts” department you may just “think” yourself out of a good day.

Final note; Become a hunter when looking for trout.