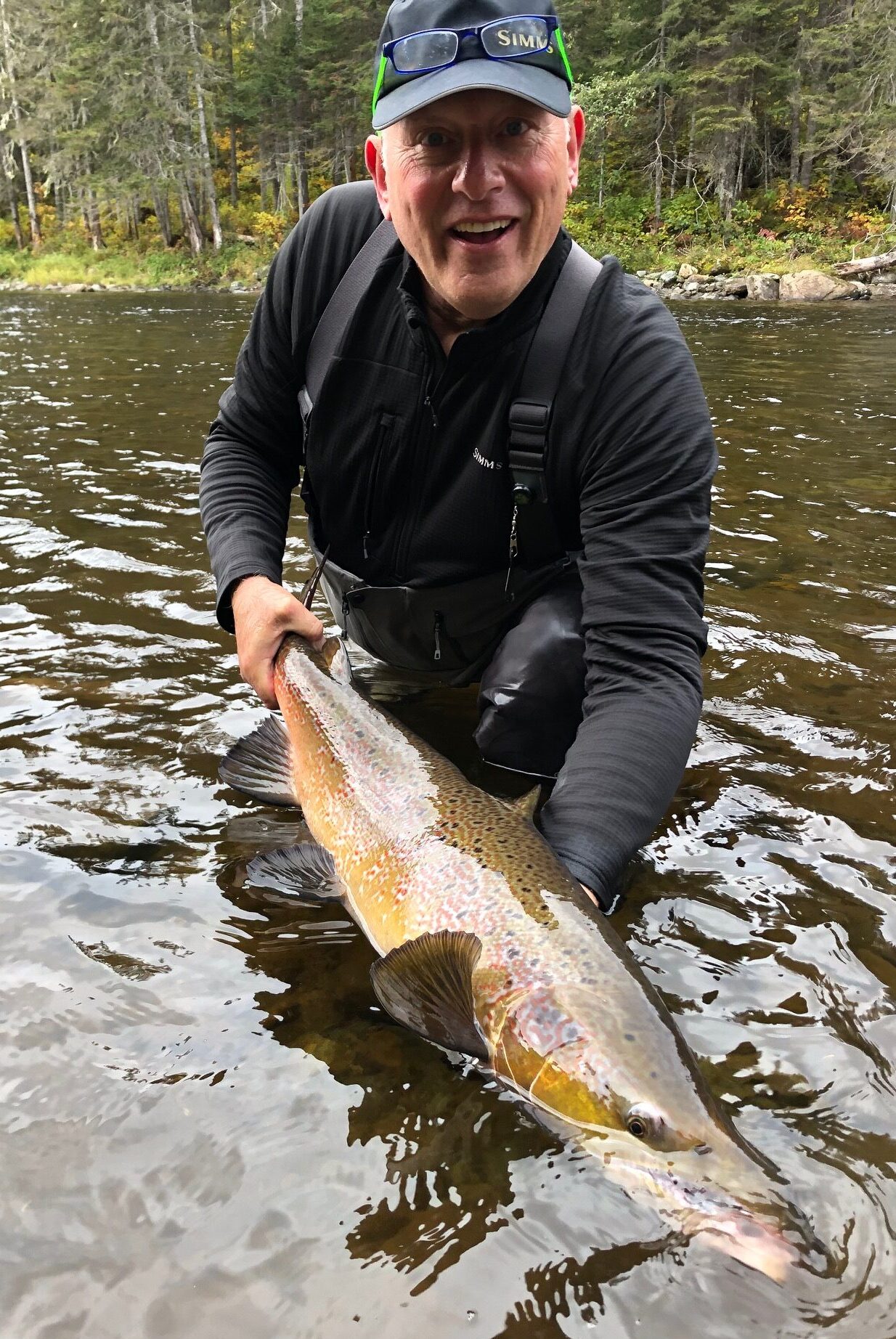 Jim began tying and fishing at age 20, in Europe, chasing trout and grayling in the mountain streams of Italy, Austria and Slovenia. His life-long passion has since taken him to destination fly fishing hot spots around the world, from Patagonia and the Caribbean saltwater flats, to Atlantic salmon rivers in Gaspé, and the wild steelhead rivers of northern British Columbia.

While Jim enjoys fly fishing everywhere, he’s most obsessive about chasing steelhead with the swung fly and the Spey rod, and spends much of his autumn on BC’s Skeena system, before returning to Ontario to fish for Great Lakes steelhead. He’s never happier than standing deep in cold flowing water in the rain, waiting for just one more pull from these incredible fish!

Since retiring from professional ice hockey coaching, Jim’s beautifully designed steelhead flies have been in great demand, and he meticulously crafts these for discerning anglers from his home in Elora, Ontario, on the banks of the Grand River.