Timing is everything! Rely on us to steer you in the right direction and we put you onto fish.

Last Week of April – 3rd Week of May 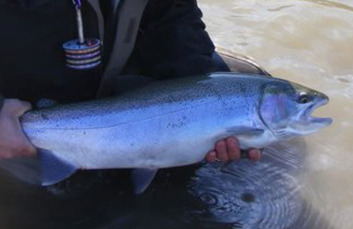 If we were to recommend taking time off and planning a trip to South Central Ontario for steelhead, we would look at the last week in April to the third week in May. That is not to say that earlier or later is out of the question but these are the high percentage days in terms of numbers of fish and weather predictability. It is important to note however that some of the best opportunities exist between the first week of April and the trout opener. (Many rivers in Ontario have a 365 day season for Steelhead. This information can be obtained from The Ontario Ministry of Natural Recourses summary of regulations.)

If conditions are conducive from January through March, the angling can be epic. At this time, the water temperatures are cold. 2 to 6 degrees C is normal making for slow and deliberate presentation but the sheer numbers of fish make for some great days. Some things to consider though, when booking a trip; the word gets out quickly and the crowds are indicative of the fishing. Utilizing an Ontario drift boat guide can eliminate most of the pressure as we have the ability to stay away from the crowds and hit beats that are less traveled. Of equal consideration is the weather and speed with which it can change. The great lakes are not unlike any maritime region and frequent system changes make for diligent preparation interms of clothing. One must be prepared for anything from snow to sunburns within the same day. 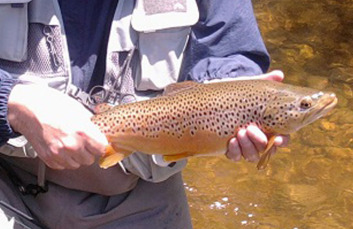 Hatches will begin as early as late April, but often the river temperatures are too cold for the fish to respond or become surface oriented. Tail waters, like the Upper Grand River or the Conestoga River can remain in the single digit temperatures for a couple of weeks making it tough to take fish consistently on the surface. In these low temperatures, nymphs and isopods are best fished slow and deep. Natural systems, however,
like the Saugeen or the lower Grand will warm more progressively allowing the trout to act more “trouty”. Hatches will often be met with eager feeding making for great match the hatch opportunities. 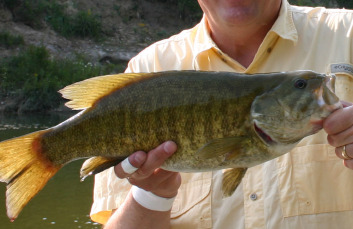 Bass season starts on the last Saturday of June and if there is a time to book off and hit the river, it is that first week. The end of June finds the fish just recently off the spawn and, by virtue of their maternal instinct, they are still very aggressive. Couple that with hunger and a new found sense of freedom, the bass can be very agreeable.

However, as the water temperature starts to climb into the high teens and the levels drop, the fish become more confined and easy to locate. Insect hatches will have the fish more in tune with the surface and poppers can provide consistent action to the extent that you may, on some occasions, tie one on and not change it all day. Targeting cut banks and structure in the form of rocky humps, boulders and fallen trees will produce some of the most exciting fishing of the year. Few things compare to a four pound smallmouth leaving its hideout to attack a noisy popper. There is nothing subtle about bass and that is probably their most endearing quality.

Autumn brings with it the water cooling nights but the silver lining is at some point the fish will go on a heavy feeding pattern for several days as the water drops into the mid-teens. If you hit this period, the fishing can be outstanding for about a week but then, be prepared for tough slugging after the fish have had their fill for the fall. 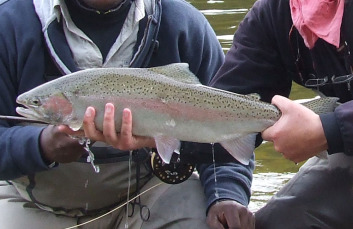 If we have a favorite season, this is it. After a long and often hot summer, autumn nights start to cool the rivers and send to the estuaries a signal to the staging steelhead. As the cold water mixes with that of lake, the big fish start to move into the rivers. Timing varies by region and river, but you can count on the first rain after the full moon in October to bring them in numbers.

For the next month or until the weather turns too foul to venture out, steelhead fishing in Ontario will be steady. Through October and early November, as long as the water temperature is above four degrees, we will typically utilize tradition down and across type presentations through classic pools and runs. With our drift boats, we are able to reach beats that see little to no pressure.

The water will eventually cool to the point that the fish will become less apt to move far for a fly and at this point, (below 4 degrees) one should switch to the slower, more deliberate high stick presentation.

The fish will move from the quicker runs to the slower, deeper wintering water and will tend to congregate in good numbers. In these conditions, if you find one fish, chances are you’ll find more. Late November and December can be unpredictable in terms of weather so hedge your bets on the last week of October to the first week of November for your best bet.