Perhaps the most endearing feature of fly fishing in southern Ontario (for that matter, fly fishing in Ontario) is that it’s tough to get bored of the same ole’ same ole’. 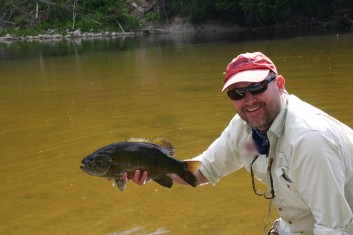 On any given day in July for instance,  one could be hunting for smallmouth bass on the Saugeen River or Maitland River, trout on the Grand River or sight fishing for carp in Georgian Bay.  Ontario fly fishing guides have it pretty good here as well.  When you guide full time, you’re spending upwards of 200 days on the water and without the diversity, one could become rather complacent doing the same thing day after day.  I’ve always said that by the time I begin to get a little board of one thing I get to transition right into the next and it’s a whole new ball game with a renewed sense of focus.

It’s easy to take for granted what you have in your back yard when you see it every day so it’s important to occasionally sit back and take a look from a different perspective. 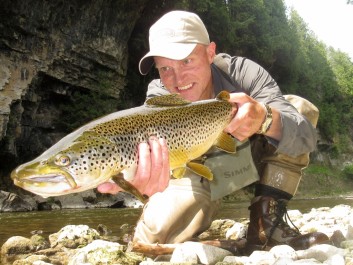 Pound for pound, it’s difficult to beat what we have in terms of diversity for the fly fisherman within two hours of the greatest population in Canada but I’m still astounded at how few actually take advantage of it.